Warning: "continue" targeting switch is equivalent to "break". Did you mean to use "continue 2"? in /nfs/c02/h02/mnt/21724/domains/mmxlii.com/html/wp-includes/pomo/plural-forms.php on line 210
 Japan’s Female Directors Making Their Mark in Patriarchal Industry – MMXLII
Entertainment, Film, International, TV/Film
April 3, 2014 by MMXLII
0

TOKYO – The 2013 Global Gender Gap Report ranked Japan 105th in the world in terms of equality for women, having actually slipped four places from 101st the year before. While Japan’s slide down the rankings is due mostly to improvements elsewhere, it remains a damning indictment of sexual discrimination in the world’s third largest economy. As for the film industry worldwide, it has not been what you might call an equal opportunity employer, particularly for those behind the camera. Although women have been directing movies since the 19th century, it was only five years ago that Kathryn Bigelow became the first woman to win the best director Oscar.

In Japan’s case, factor in the rampant sexism still found in most areas of a socially conservative society, and a dearth of female filmmakers in the country hardly comes as a shock. However, over the last decade female directors have been making their mark. Slow though it may be, change is happening.

Tazuko Sakane is credited with being Japan’s first female director, her chance to make New Clothing (Hatsu Sugata) coming after she was taken under the wing of legendary helmer Kenji Mizoguchi. It was to be her only production; she was reportedly given a hard time over its failure, as well as her predilection for short hair and dressing in suits. There were to be no more films made by women in Japan until after World War II. The most prolific Japanese female director post-war is Sachi Hamano, who has made more than 400 films, though all but one in the erotic soft-core ‘pink eiga’ genre.

“The situation has been improving in recent years, though film production is still a macho environment in Japan, where most people in the crew do a lot of physical work,” says female producer Yukie Kito,whose credits include Tokyo Sonata and A Thousand Years of Good Prayers. “It’s tough even for men, and it can be hard for a woman to get respect in that environment.”

According to the Directors Guild of Japan, there are now “about 20 female members” out of 550: a marginal improvement on the 15 out of 500 it registered at the end of the 20th century. Though this means only about 3.5 percent of members are women, the figures are somewhat skewed by the fact that many young directors don’t join the guild.

At the Japan Institute of the Moving Image, a leading film school, female students now account for about a third of those taking the directing and screenwriting course.

“I think female directors are now quite visible in Japan. There are many interesting documentaries and features being made by women, from Ayumi Sakamoto to Iguchi Nami, and of course, Naomi Kawase,” suggests Yoshi Yatabe, programming director at the Tokyo International Film Festival. “I don’t think the doors are closed in Japan, they have equal opportunities.”

While it looks to be a while yet before real gender equality is achieved in Japan, it’s not likely to be so long before a female director emulates Bigelow and become the first woman to win Japan’s Academy Prize.

By far the most well-known Japanese female director outside of her home country, Naomi Kawase is a two-time winner at Cannes, where she also served on the jury last year. However, while media coverage of her international triumphs means most people in Japan know her name, few have seen her films, some of which haven’t even had domestic theatrical releases.

“She has a very high reputation on the international festival circuit, but her films don’t really work in cinemas in Japan,” says Yatabe. “In that way, she represents the contradiction of the film industry.” 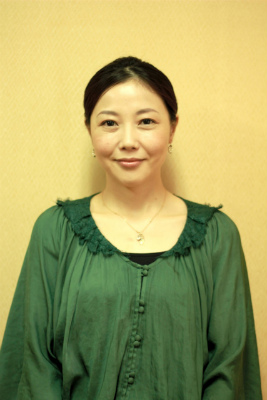 Hiroshima-born Miwa Nishikawa got her big break when she worked as assistant director for Hirokazu Kore’eda (Like Father, Like Son), who went on to produce her first feature, Wild Berries (Hebi Ichigo) in 2002. Her 2006 mystery Sway (Yureru) established her reputation as one of Japan’s most promising directors, irrespective of gender, while 2009’s Dear Doctor garnered a Japan Academy Award nomination.

“She’s an interesting case because she doesn’t look like a director, she looks like a smartly-dressed office lady, but her sensibility is ‘oyaji’ [old Japanese guy],” says producer Yukie Kito. “With films like Sway and Dear Doctor, the sensibility is very male.”

Korean-Japanese director Yang Yong-hi has mined the experience of her and her family being in thezainichi minority with her Dear Pyongyang documentary and debut feature Our Homeland (Kazoku no Kuni), which was selected as Japan’s entry for the Best Foreign Language Film at the 2012 Oscars.

Yang’s work has examined the prejudice faced by the zainichi in Japan, as well as the contradictions in the pro-Pyongyang stances taken by some its members. The release of Dear Pyongyang, which included reunions with members of her family who had returned to the motherland, resulted in her being banned from making any more trips to North Korea.

Nami Iguchi’s 2004 Inuneko was a 35mm remake of the 8mm film she’d written, shot and edited three years previously, and went on to win awards internationally as well as make her the first woman to win best newcomer from the Directors Guild of Japan.

Her latest film, released in February in Japan, Nishino Yukihiko no Koi to Boken (Yukihiko Nishino’s love and adventure), stars heartthrob Yutaka Takenouchi as a ladies man who is somehow always unlucky in love.

“Her style and the topics she tackles make her one of the most exciting directors, not just as a female, of her generation,” says Yatabe.

Following in the footsteps of Nami Iguchi, Yuki Tanada won the Directors Guild of Japan’s best new director in 2008 with One Million Yen Girl. Her films, which are often frank depictions of sex and relationships, have been featured at festivals across Asia and North America.

“There are female directors that make interesting films because they are women,” says producer Yukie Kito. “Yuki Tanada makes the kind of films that women can do better.”

Released in November last year, Mourning Recipe, based on the novel Shijuukunichi no Reshipi by Yuki Ibuki, is a family drama and probably her most accessible, mainstream film to date.